The Sixth Summit of the regional Three Seas Initiative, together with a large-scale business forum were held on 8−9 July, 2021 in Sofia, Bulgaria, and hosted by Bulgarian Head of State Rumen Radev


Sofia Summit and Business Forum in 2021

Bulgaria has hosted a successful and productive 6th Presidential 3SI Summit in 2021 with high-level attendance, accompanied by a representative Business Forum, engaging companies and stakeholders from the region with strategic foreign investors.

Building on its previous editions, the role of the Business Forum, which is to be coordinated between the Ministries of Economy, would be to promote further the role of the 3SI as a tool for bringing fresh investment to Central and Eastern Europe which will support implementation of transborder and intra-regional projects of strategic importance to member states. Another main objective would be to promote favourable investment environment and business climate through direct and proactive business contacts and networks.

In preparation for the Summit and Business forum, Bulgaria intends to work for enhanced interaction and networking between state agencies and business associations such as Chambers of Commerce engaged in promotion of foreign investments by pro-active marketing of new investment opportunities. The process of creating innovative networks and connectivity between government institutions, business associations, small and medium size enterprises, technological parks, start-up and fintech companies, digital data-hubs and green industrial zones is of great relevance to the goals of the 3SI.

The Three Seas Initiative (3SI) was launched at presidential level as a platform to provide strong political support for accelerated economic development and enhanced intra-regional and cross- border cooperation and connectivity among 12 EU member states, bordering the Baltic, the Adriatic and the Black Sea. A productive strategic partnership and synergy of efforts among member states, the European Union and the United States, will lead to upgrading and modernization of critically important infrastructure connections in the region, mainly in the areas of transportation, energy and digital communications. Overcoming the existing infrastructure gaps and insufficiencies will advance integration, business contacts and economic growth, thus making the region more attractive for foreign investments and private capital, as a way of complementing the EU cohesion instruments.

Over the past 5 years, the 3SI has reaffirmed itself as a valuable tool which strengthens cohesion and convergence within the European Union and improves security and resilience. It has also promoted the principles of good governance, green economy and smart and sustainable development thus contributing to the European Single market. From Bulgaria’s perspective, the enhanced infrastructure development in the Black Sea region can also help the stabilization process in the Western Balkans countries and their integration with the rest of Europe.

At the Tallinn Summit in October 2020 Bulgaria took over the coordinating role from Estonia at an important stage of the 3SI development. In a spirit of continuity Bulgaria intends to build on the momentum achieved so far and promote further implementation of priority cross-border and intra-regional projects, proposed by member states. Bulgaria will continue the work for achieving synergy and complementarity of the 3SI projects with the EU’s Cohesion Policy and its other sectoral policies and instruments.

Further consolidation of the 3SI as a cooperative platform aimed at strengthened cohesion and convergence within the EU, while developing its strategic transatlantic dimension. Follow-up on the ambitious path of releasing the capacity of the Initiative as a genuine tool for regional cooperation and accelerated economic development by improving energy, transport and digital connectivity networks.

The Investment Fund, designed as a public-private financial instrument to complement the EU sources of financing, has now become fully operational. By December 2020, nine member states have pledged to invest in the Fund and the US Development Financial Corporation has approved an investment of 300 min. USD, earmarked for energy infrastructure projects. However, the investment needs of the region, as estimated by the IMF, by far exceed the current Fund capital, which further reinforces the need to raise its investment capacity.

Bulgaria intends to facilitate the implementation of projects through complementarity of financing from relevant EU instruments with additional resources from the Investment Fund. Ensuring stronger support from all member states, regional development banks, European financial institutions - EBRD and EIB, from US and international private capital and other partners and stakeholders, is an important goal. Bulgaria believes that greater transparency of procedures related to asset management and project selection, as well as showing tangible results in 2021, would raise the Fund’s credibility among member states and other stakeholders, thus encouraging more financial commitments from them, as well as from international financial institutions and the private sector.

The success of the 3SI continues to depend on close cooperation with the European Commission and other strategic partners such as the United States and Germany. A more pro-active and substantial role by Germany would be a welcome development in 2021.

While efforts at this stage are focused on consolidation of the Initiative in its present format, Bulgaria is in favour of applying a flexible and pragmatic approach to opening the 3SI on an ad hoc basis to selected projects of added value involving strategic partners and like-minded countries outside the 3SI.

From Bulgaria’s perspective, the 3SI ‘North-South’ infrastructure corridor can be further upgraded with such connections of added value. The corridor would be incomplete without connecting it to the Greek Aegean Sea ports by modern transport, energy and digital infrastructure. Another topic for reflection in this regard would be the establishment of a strategic link between the North-South Corridor and Corridor VIII, which connects the Bulgarian Black Sea ports with the Albanian Adriatic coast.

Energy security and diversification of routes and sources of supply across the region, combined with the transition to alternative energy sources and implementation of the European Green Deal remains an outstanding priority for the 3SI. Bulgaria intends to continue the work of the established formats of cooperation, including the US-led Partnership for Transatlantic Energy Cooperation (PTEC) working groups. Our particular focus is on developing energy infrastructure and connectivity in South Eastern Europe and the Black Sea region.

In cooperation with Estonia and other partners, Bulgaria will continue to facilitate implementation of the Smart Connectivity vision, by introducing smart, innovative and secure digital platforms to serve transport, energy and digital networks, while relying on scientific and educational exchange. Digital connectivity in energy and transport is an important step towards a Digital Single market.

While infrastructure modernization in the region is an immediate and pressing topic, a more visionary and strategic approach would require focusing the attention on the development of the scientific, educational and technological potential of the region. The existing dynamics of high-tech developments in areas like digitalization, energy efficiency, green economy and others, create new opportunities for productive networking between universities and research and innovation centers. Improved connectivity in this area could be a source of smart, efficient and innovative solutions. 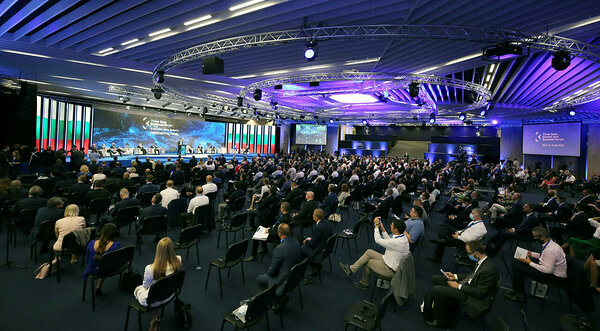 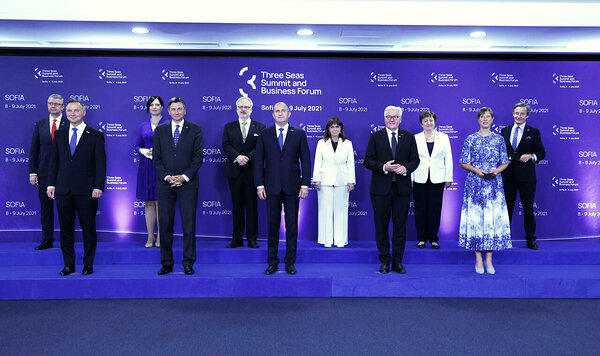 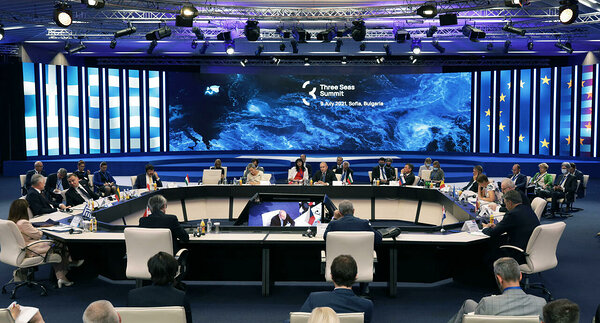